How To Install A New Garbage Disposal 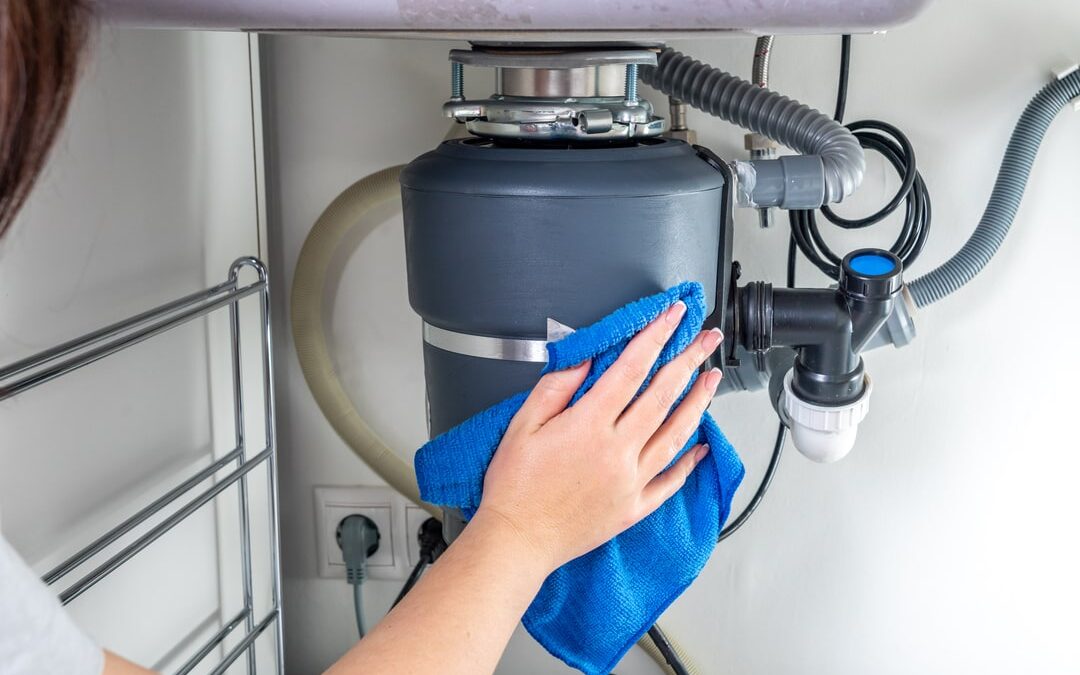 If your garbage disposal is not working correctly, washing your dishes will be a lot harder than it needs to be.

You can troubleshoot the problem by testing the outlet under the sink, turning the circuit breaker for the kitchen off for a minute and then back on, or checking for clogs. See our post on “How to unclog a garbage disposal.”

If you’ve found at the end of this process that your garbage disposal has seen its better days, consider installing the new one yourself instead of paying someone else to do it. 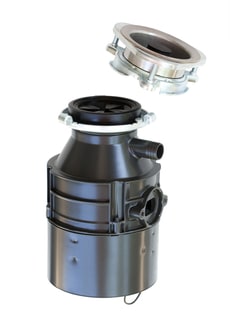 Note: Always make sure the existing garbage disposal is unplugged before attempting any of this.

Place a small bucket underneath the disposal to catch any falling water.

Find the discharge pipe–the pipe connecting the disposal to the rest of the plumbing–and use your Channellock pliers to loosen the slip nut.

There will also be a flange piece mounting the discharge pipe to the disposal, which you can remove with either a screwdriver or a wrench, depending on your plumbing.

Place these pieces aside.

Step two: Take the disposal out.

The metal mounting ring that holds the disposal to the bottom of the sink also functions as a quick-release.

Use a screwdriver to turn the ring a quarter-turn to release the disposal. Be careful not to drop it. Set the old disposal aside with its discharge pipe.

The mounting flange will have three screws that you can use your screwdriver to loosen.

Once the screws are out, use the flathead screwdriver to dislodge the snap ring holding the pieces together.

Be careful during this step, and do not get too forceful.

Now that the underside parts have been removed, pull the sink flange on the top out from the sink’s drain.

You should be able to lift it out by hand. Clean out any old plumber’s putty residue around the sinkhole.

Place these old parts aside with the old disposal.

Step four: Take the new disposal’s sink flange and apply a half-inch thread of plumber’s putty around the edge of it.

Place the flange into the drain and use your hand’s palm to press down and seal the putty.

Apply some sort of weight to hold it down in place.

If you want to make it easy on yourself, you can just set the new disposal on top of it and use that as a temporary weight.

Step five: On the underside of the sink, install the new mounting flange.

You’ll position the gasket first, then the flange ring, and then the mounting ring.

Add the snap ring to hold everything together.

Pay close attention to your assembly instructions so that you can tell which part is which.

Use your screwdriver to tighten the mounting screws.

Be sure that the screws are tight but not over-tightened.

Step six: You should notice some plumber’s putty squeezed out around the sides of the sinkhole.

Wipe up the excess with paper towels or a rag.

Secure the top of it to the mounting ring and turn it a quarter-turn to lock it in place.

You’ll be turning it the opposite way you turned the old disposal to release it.

If your disposal didn’t come with a new one and you haven’t bought a replacement, you can use the old one.

Put the flange piece back and refasten it to the disposal’s discharge port.

Use Channellock pliers to refasten the slip nut at the other end, but be careful not to overtighten.

Step nine: Plug in the new disposal, run some water, and turn it on to test it.

Be sure to check for leaks.

Now that you have a brand new garbage disposal cleaning your dishes will be much easier than before.

You’ll be saving on your time and effort, and your sink will be much more sanitary.

The change may be so drastic that you’ll wonder how you ever got along with the old one!

If you need or prefer professional help, see our Garbage Disposal services page for our repair and installation services.